We have been working the Twitch platform to develop lobby and game play music that is customized for gaming streamers, and as a result we've learned a lot about video game soundtracks. It's a fascinating genre that all started with those classic 8-bit games on the NES and it's like.

Just for fun, we pieced together a number of 8-bit gameplay clips and applied our own custom soundtrack in the video below. For the music we used a replica of the Moog synthesizer, which was invented by Bob Moog in 1964 shortly after the invention of the transistor which made it technologically possible. It's a lot of fun to play around with all the sounds it can make from buzzy to waveform, oscillators and other effects.

The Moog synthesizer was used for many of the 8-bit video games but also in popular music by bands such as Simon & Garfunkel, The Doors, the Monkees and the Byrds. Even classical music got involved with 1968's Switched-On Bach featuring Johan Sebastian Bach's music entirely realized on the Moog, which became one of the highest selling classical albums of all-time. 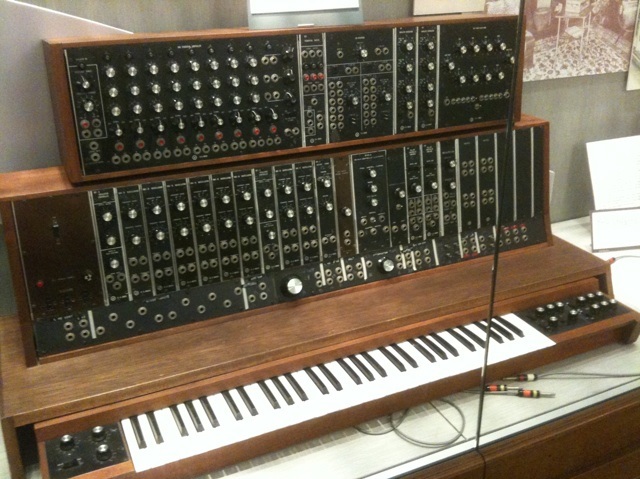 As video games have evolved, so have soundtracks. Dragon Quest is a fantasy adventure game that is geared toward a younger audience so we applied one of our own soundtracks to it that has a more innocent feel, which you can watch and listen to below. The music here is actually from our stock catalog 'A Long Day's Journey Into Night' which we chopped down to fit the length of the video game clip.

This piece starts out softly with some woodwinds, oboes and piccolos and then brings in a piano and English horn. It's got a nice light optimism to it that is adventurous but not necessarily epic. It reflects a child's sense of wonder without all the violence of an adult video game. We hope you agree this tune matches up well with the game.

Next we have a game play clip from Resident Evil and again we've matched up our own music for the soundtrack. This is a custom piece we created specifically for this clip, just as we would for a video game production company. Unlike Dragon Quest, this is an adult-oriented game that features dynamic action, violence and, in the few down periods, dramatic tension.

For this piece we are using epic orchestral music including heavy drums and percussion, but we also bring in a 100-piece choir during the boss monster fight to raise the tension and drama even more. Though it's difficult to discern, the choir is actually singing "darkness" and "resident evil". This is done through the language of 'Votex' or Vocal Text which is a different way of writing sounds.

Perhaps one of the most famous uses of choir and Votex in epic fantasy is John Williams' "Duel of the Fates" in the Star Wars soundtrack. This has been the classic 'light saber duel' music and you'll know it without even seeing it in context of the movie(s).

Going back in history, this Votex choir sound all started in 1975 with the 10CC Band's #1 hit in the UK, "I'm Not In Love". The band literally spent three weeks singing, "aaahhhhh" 16 times for each note in the chromatic scale, creating a 'choir' of 48 voices for each note. They did it before the technology even really existed to make this happen and manually fed 12-foot long tape loops through a recorder to accomplish it.

If you've got 15 more minutes, watch the below documentary on the making of this hit tune which is fascinating. It shows how creative minds can overcome technological disadvantages to make something truly unique.

We hope you've enjoyed this journey through video game soundtracks with a little digression into Votex choir effects. We would love to hear about what you are working on, just reply to this email or contact through our website and we're always happy to chat and throw around some soundtrack ideas.

Until then, keep creating out there!


Back to All Stories